Discover the Royal Villa of Monza 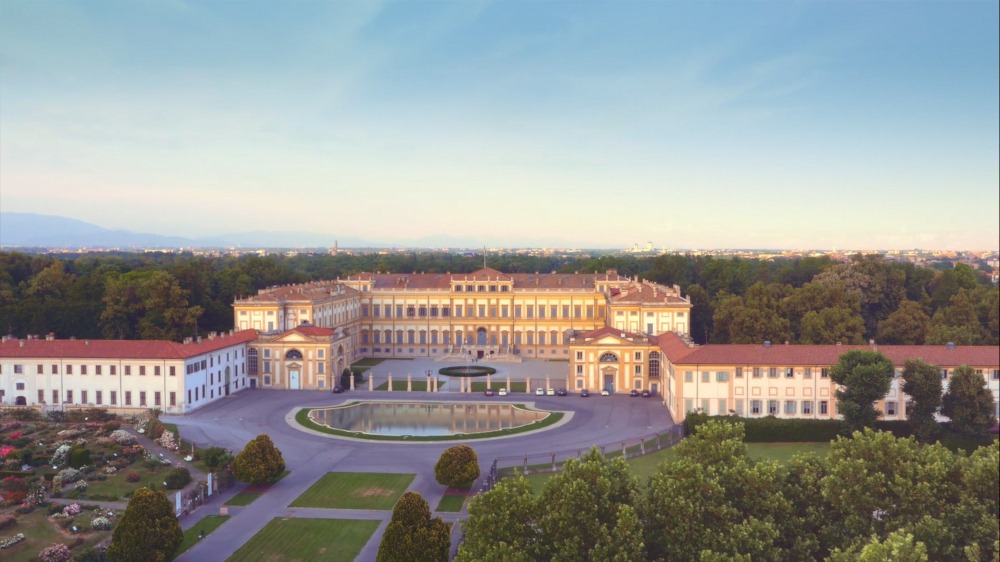 The Royal Villa of Monza is one of the most beautiful royal residences in Europe, with a larger garden than that of Versailles. After retracing its history, you will find in this post all the necessary information on when and how to visit the Royal Villa and its gardens.

The Royal Villa of Monza from the Habsburgs to Napoleon

That of the Royal Palace of Monza is the story of a neoclassical masterpiece among the best known and visited. Commissioned to the imperial architect Giuseppe Piermarini by the Habsburgs in the 18th century, and designed to be in perfect balance with the magnificent surrounding landscape, it was finished in just 3 years.

The building was conceived as a country residence for Archduke Ferdinand of Habsburg, son of Empress Maria Theresa of Austria, who wanted to organise a royal court around Milan (centre of the kingdom), a bit like Louis XIV of France did with his Versailles.

The Royal Villa of Monza, which has about 700 rooms, conceived as the first of a set of palaces that should have dotted the Habsburg domains scattered throughout Europe, is composed of three main bodies arranged in a U shape that delimit the court of honour, closed by two cubic buildings (the chapel and the riding stable) from which branch the wings of the service buildings.

The building is imposing and elegant, but at the same time extremely down to earth: the façade is decorated in a simple and rigorous way, and even the interiors are designed in a rational way, without lingering too much in luxury (the Archduke wanted to avoid showing off too much of his wealth in an Italy under Habsburg domination).

The decorations of the interiors were entrusted to the most famous artists of the Brera Academy, who embellished the Royal Villa with stucco, paintings, frescoes and high carpentry furniture, while the design of the magnificent English gardens located on the east side was the work of the architect Piermarini.

The Royal Villa of Monza was the country residence of the Habsburg court until 1796, when the Napoleonic army arrived in Italy. 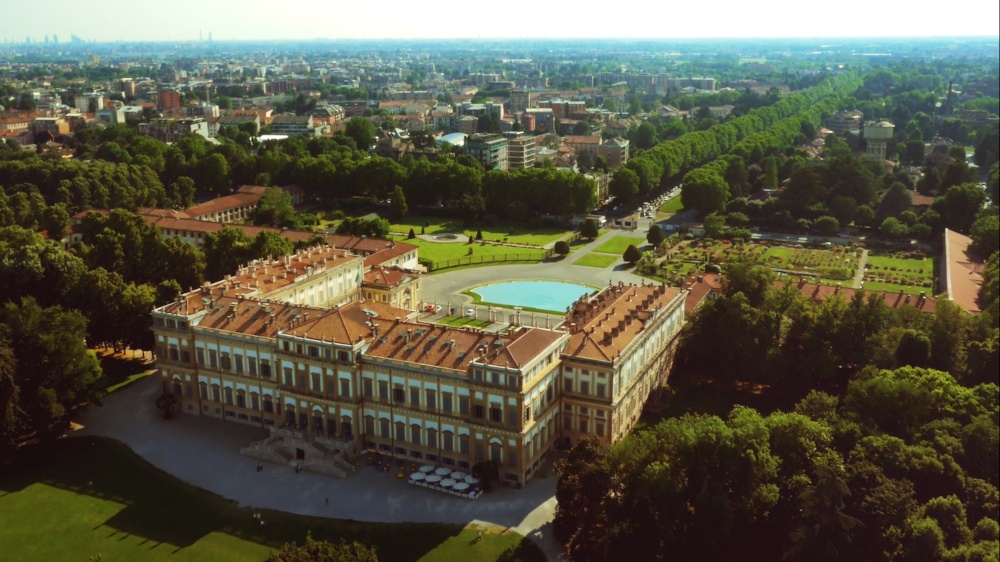 The Royal Villa of Monza from Napoleon to today.

From the day of Napoleon’s coronation in 1805, the Royal Villa became the residence of his stepson, Eugene de Beauharnais, until the fall of Bonaparte, after which it returned to the Austrians, who left it in relative abandonment until 1818, the year in which it became the property of the viceroy of Lombardy-Veneto. In 1848, the Royal Villa was occupied by Radetzky’s soldiers and, between 1857 and 1859, it was chosen as the seat of the court by the last representative of the Austrian house, Maximilian I of Habsburg, who restored it to its former glory.

After the annexation of Lombardy-Veneto to Piedmont, the Royal Villa of Monza came into the possession of its last owners, the Savoy, and became the privileged holiday residence of King Umberto I, who had it restored and decorated according to the taste of the time, radically transforming many of its parts.

In 1900, Umberto I  was assassinated in Monza by Gaetano Bresci. The new king Vittorio Emanuele III no longer wanted to use the Royal Villa, which reminded him of such a sad event and had it closed, transferring most of the furnishings to Rome, to the Quirinale. In 1934 the Royal Villa was donated with a royal decree to the Municipalities of Monza and Milan, but after the war it had to undergo occupations and dispossession, falling into a state of complete abandonment.

Today, the Royal Villa of Monza is owned by the Municipality of Monza, the Lombardy Region and the State and, after several renovations of the building and gardens, has been opened to the public, to allow residents and tourists to enjoy a unique building, which often also hosts important exhibitions.

How to visit the Royal Villa, its gardens and the park of Monza

After the restorations that have brought it back to its former glory, the Royal Villa of Monza  has become one of the most important cultural and museum centres in Lombardy (and beyond). The interiors, its magnificent gardens and the immense park that surrounds it, all open to the public, can be visited in different ways. 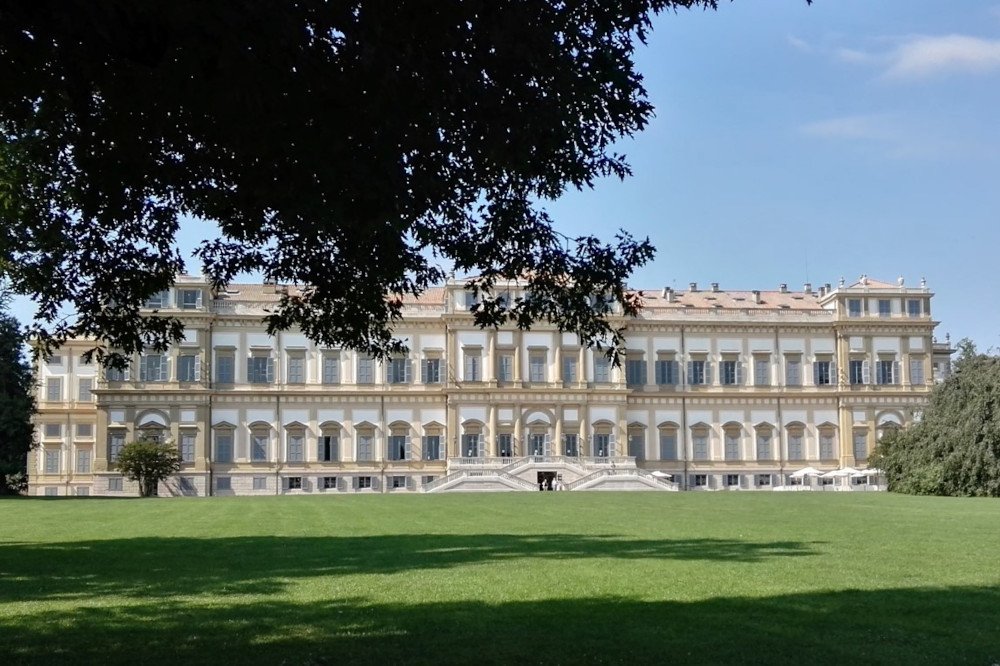 The park of Monza

For more information on the Royal Villa di Monza and the various exhibitions and cultural events that take place here during the year, we recommend you consult the official website of the Royal Palace of Monza. 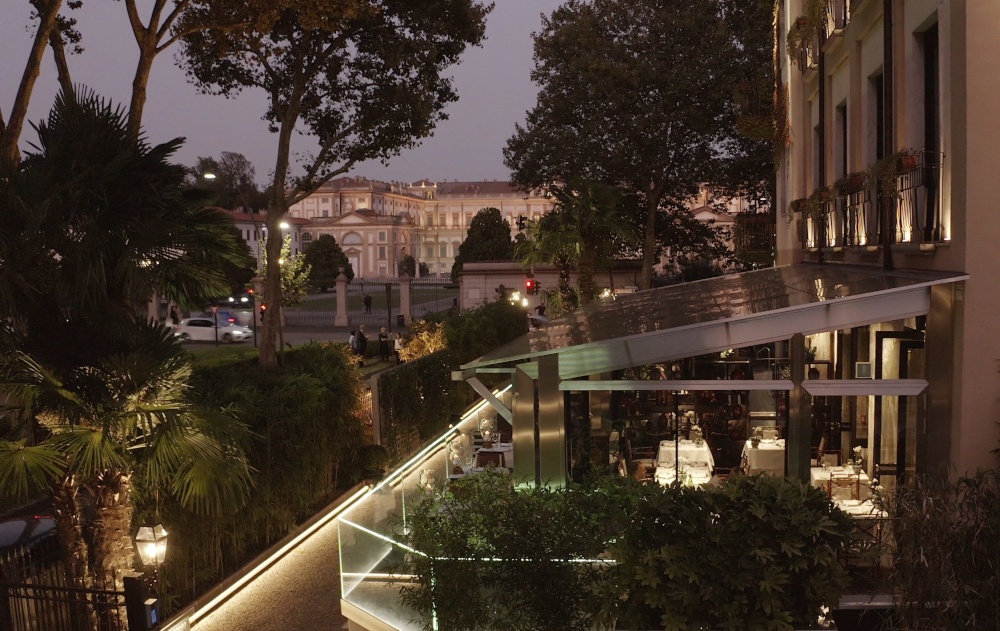 Hotel de la Ville is different from all the other hotels in Brianza, because it has the undeniable good fortune of being located a few meters from the Royal Villa of Monza, of which it enjoys a privileged view and with which it competes in luxury and elegance.

Do not hesitate to contact us and request information: we will be happy to make your stay in Monza unforgettable!