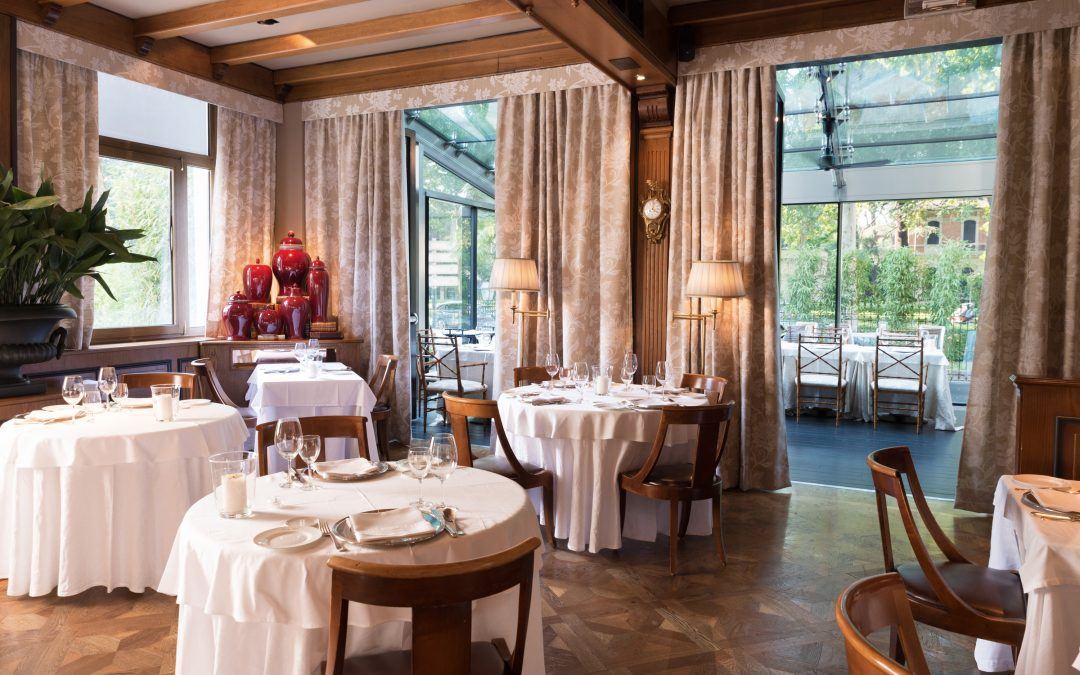 It is a year of renewal for the image of the Derby Grill, both “physical” and “virtual”. Always considered the best in Monza, the restaurant wants to go beyond the boundaries of the Hotel de la Ville, to be known even more. Here’s what awaits you for the second half of 2018!

Let’s start with the “physical” restructuring: certainly the works that involved the external dehor did not go unnoticed by most, but the final effect has been surprising! The realization of the crystal Veranda right there where the outdoor dehor used to be, ended in mid-July and is already a great success. A beautiful and refined winter garden with air conditioning that can be enjoyed in all seasons of the year, always with a magnificent view of the Royal Palace of Savoy.

The Veranda is a blaze of light – the one that filters naturally from the outside – and of green – the one of bamboos and lake palms that decorate the outside – with the free view of the plane trees that border the property. The new structure develops in front of the Derby Grill restaurant and the new Derby Bar and is characterized by colonial-style furnishings, with enveloping rattan and leather armchairs. 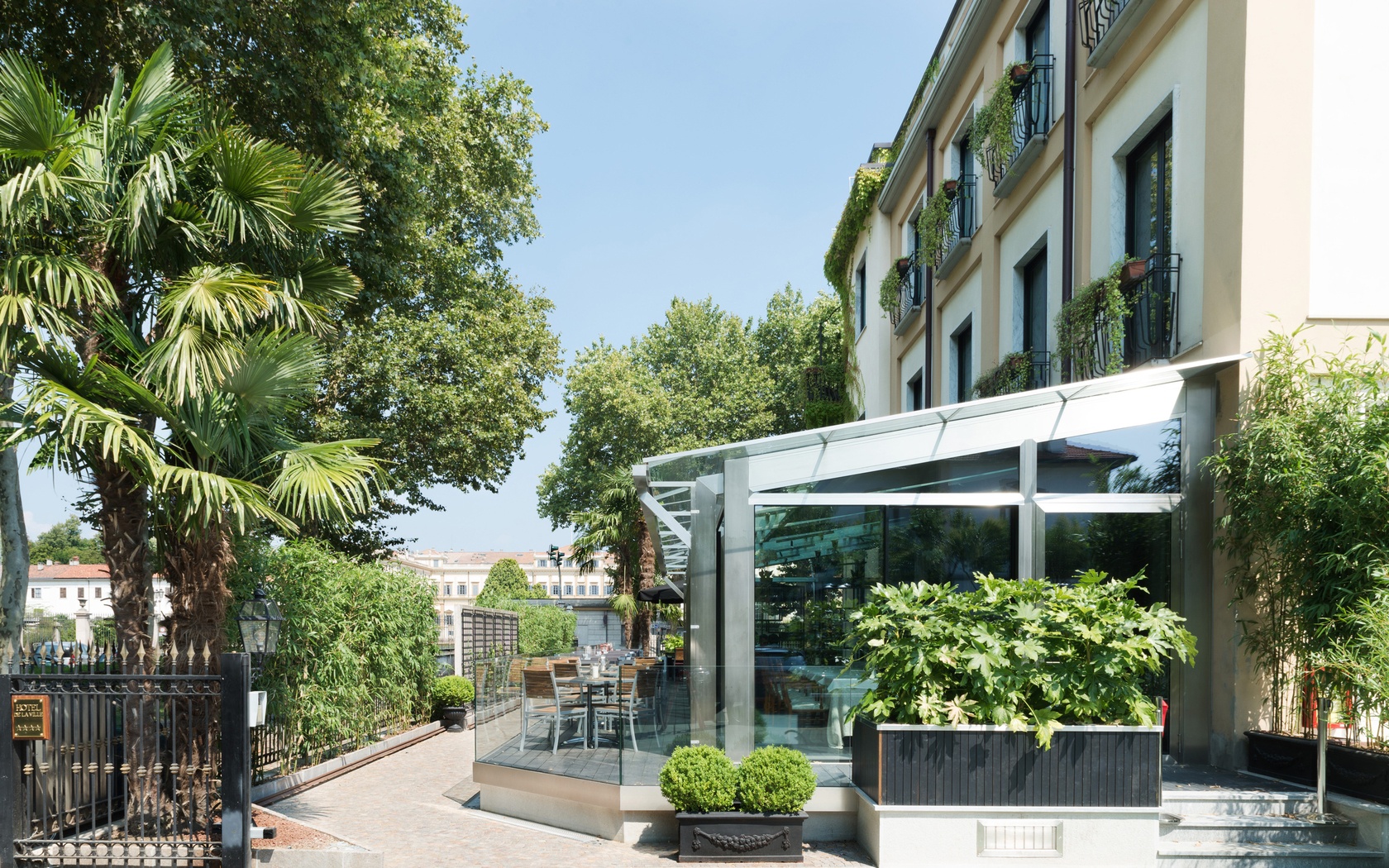 The two rooms are divided by a mobile oriental library, which can be moved if necessary to create a whole space in which to organize private events or enjoy the Sunday brunch. During the summer, moreover, some glass walls of the Veranda can be opened to take advantage of the outdoor space, where tables are set up outdoors.

The Veranda, however, is only one part, albeit a very important one, of the renovation that involves the restaurant of the Hotel de la Ville. This project is combined with a new image also in terms of communication, which has included a re-branding of both the fine dining restaurant Derby Grill and the American Bar, now renamed Derby Bar and the new website with which we want to communicate in a younger and more effective way the two souls of these two beautiful locations. 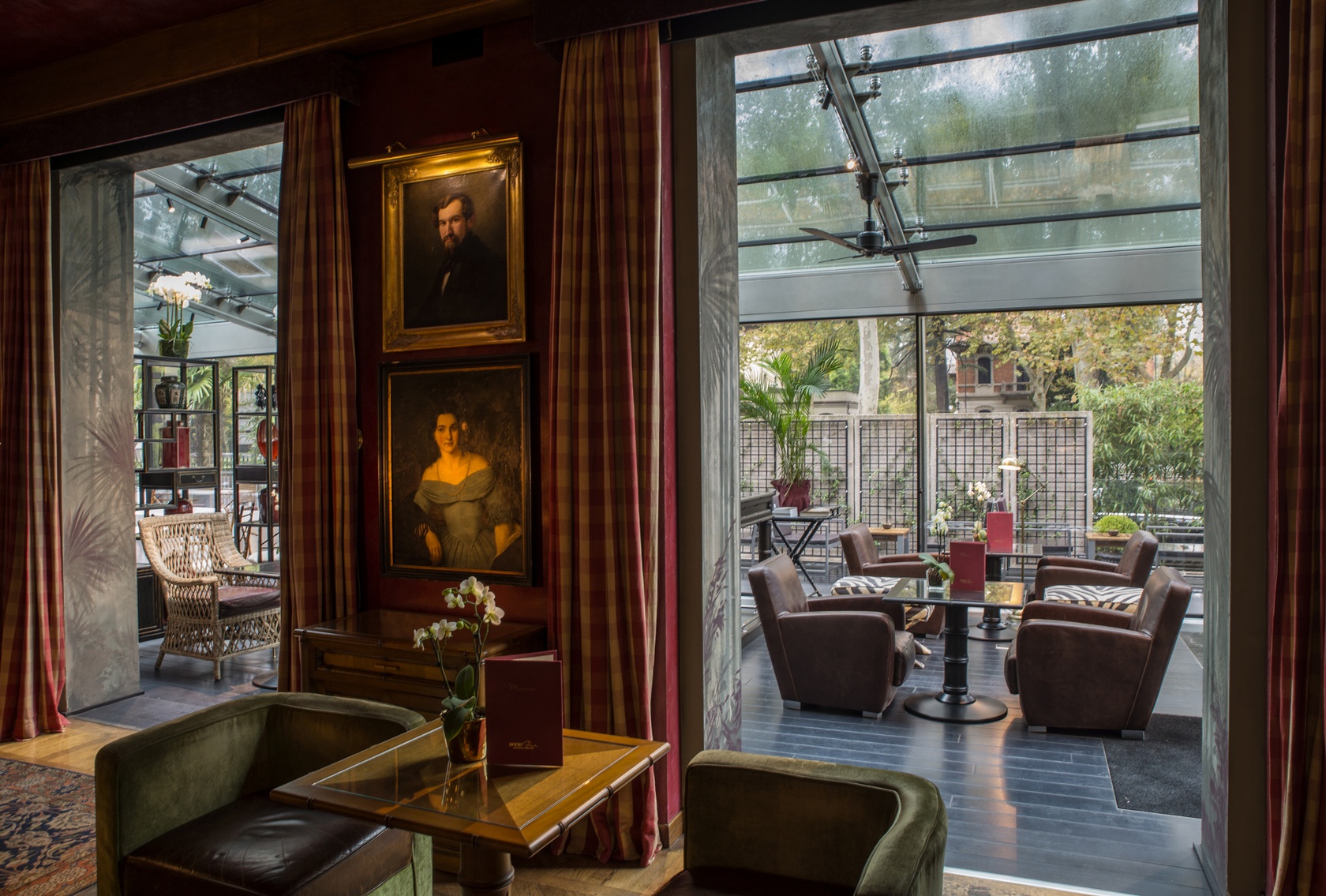 The offer of the two concepts is well defined: the Derby Grill will consolidate itself more and more in the gourmet restaurant of high level, with an elegant and refined service and dishes researched and studied with attention by chef Fabio Silva; the Derby Bar instead will be accompanied by a younger and more informal proposal, thanks to a menu that meets the needs of those who want to eat something fast and light or simply those who want to taste a cocktail or take an afternoon break.

Alongside the food proposal, in fact, a line of signature cocktails has been rethought, which is then joined by a proposal of fine distillates, a selection of wines and bubbles from the rich cellar of the Derby Grill and a new selection of Italian gin and not to combine a premium tonic signed Fever Tree. 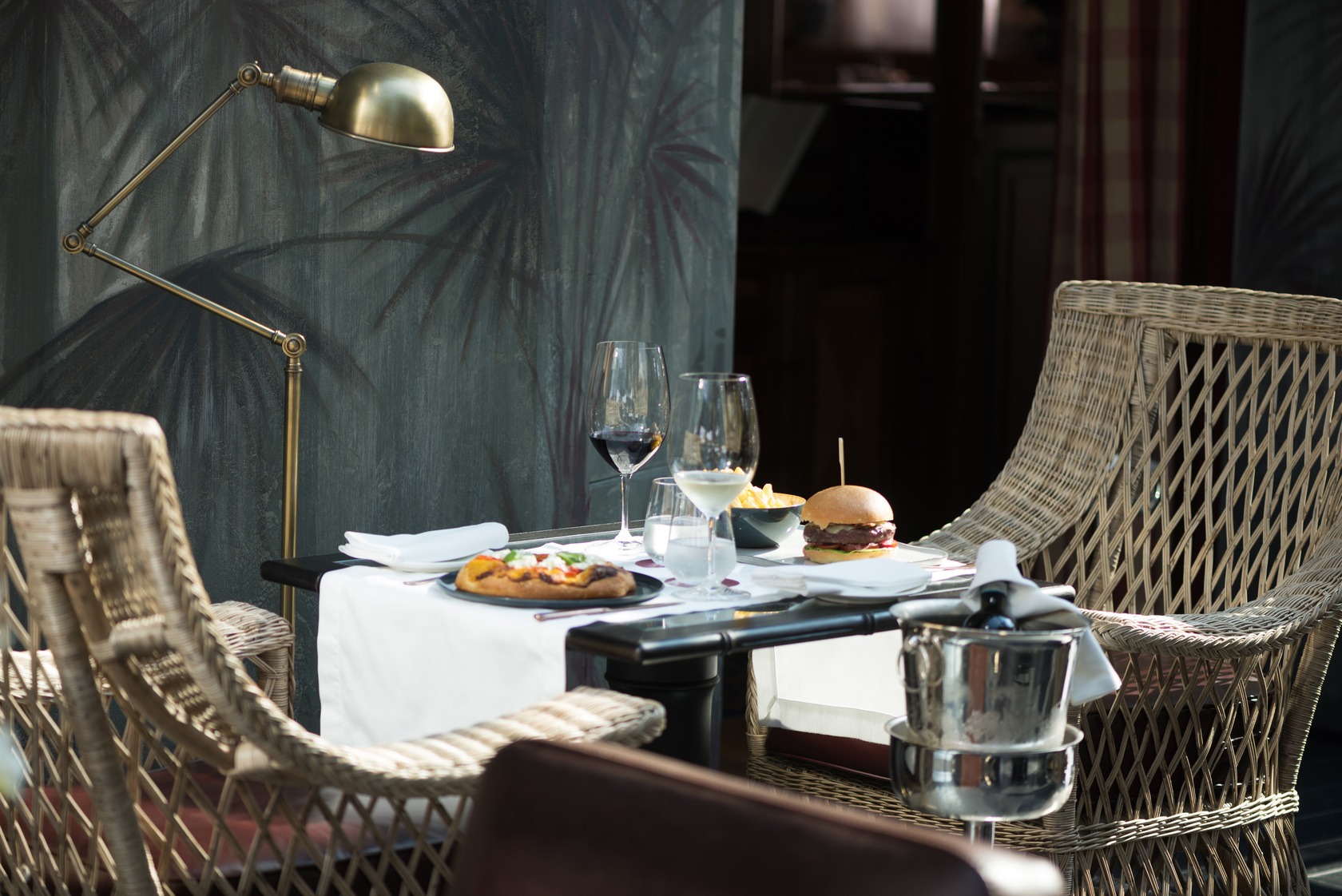 The two logos designed to inaugurate the new outlet aim to make these two realities more contemporary, without sacrificing the elegant and refined style that have always characterized both. The colours partly recall some of the shades selected for the furnishing accessories and, in general, reflect the idea of lightness and luminosity that the Veranda wants to give.

All you have to do is come and see with your own eyes all the news and try the unique experience of sitting in the Veranda and enjoy your moment of relaxation!