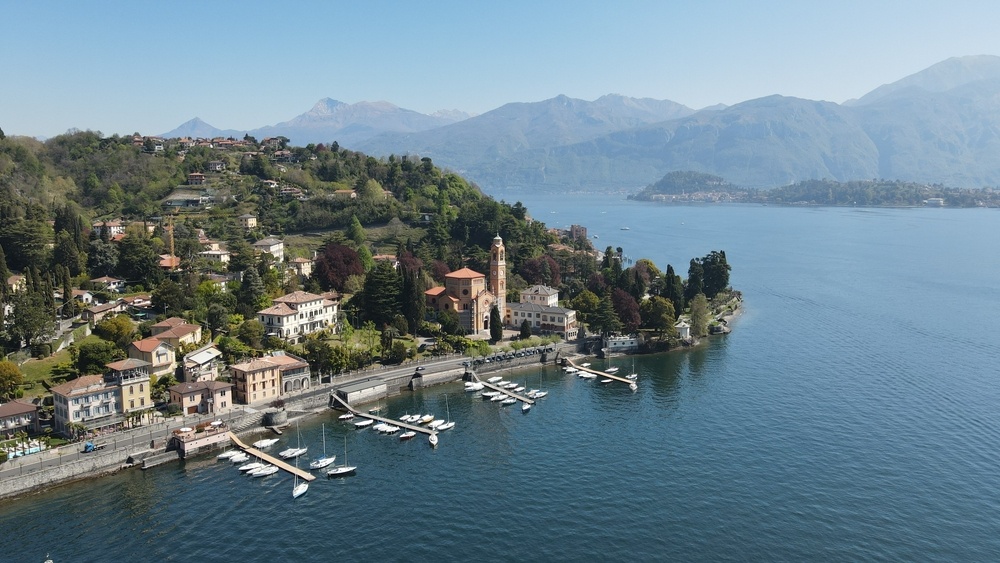 Lake Como is one of the best known and characteristic among all Italian lakes, a real natural oasis dotted with incredibly beautiful historic villas, which should be visited at least once in a lifetime.

Today we will discover 5, which certainly do not exhaust the list of those to see, but which are still a good start…

1) Villa del Balbianello: the home of an adventurer 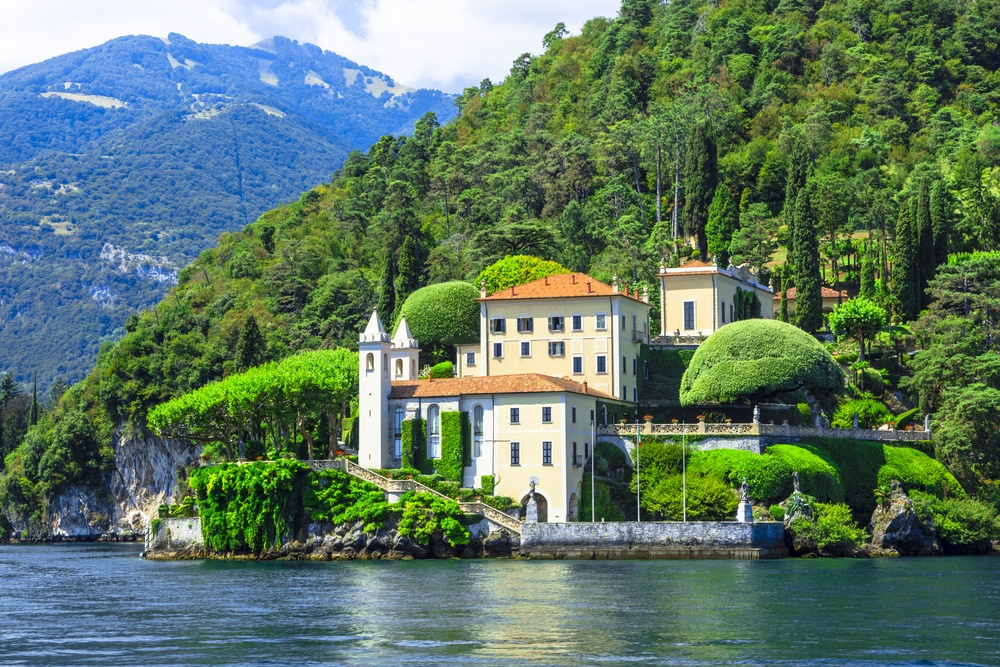 Among the historic residences to visit on Lake Como, the Villa del Balbianello, in Lenno, with its splendid loggia from which you can enjoy an enchanting view, is certainly one of the best known.

Built in the 18th century by Cardinal Angelo Maria Durini, who used to live there with friends and illustrious personalities of the time, it belonged for many centuries to many wealthy families (who over time modified it and populated it with works of art) and hosted figures such as Silvio Pellico, Alessandro Manzoni and Giovanni Berchet.

The last owner, the adventurer Guido Monzino, enriched it with an exclusive art collection and numerous finds from his travels and expeditions around the world. The villa, surrounded by a large and lush park, has a small port from which, through a staircase, you get to the upper floors, where you are greeted by the  by the French saying “Fay ce que voudras” (do whatever you want). => BUY TICKETS

2) Villa Carlotta: a tribute to the wife of a duke 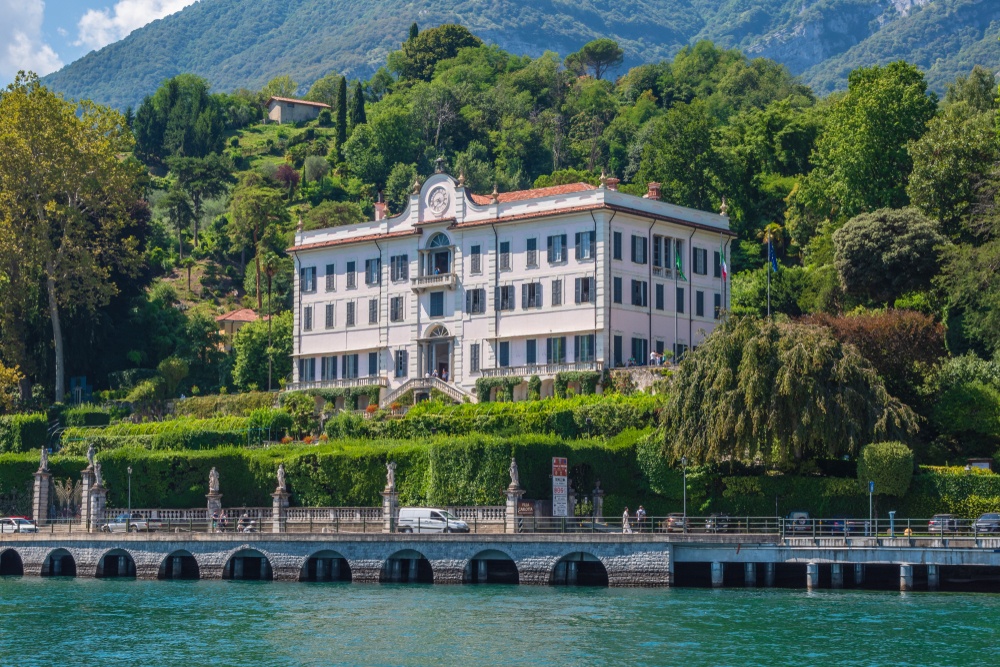 Among the historic villas overlooking Lake Como, Villa Carlotta is one of the oldest: it was built in the town of Tremezzo, commissioned by the Clerici Marquis in 1690, and inside it you can find precious furnishings and works of art.

After various hereditary vicissitudes, the villa passed into the hands of Duke George II of Saxony Meiningen, passionate about art, theatre, music and poetry, who called it Carlotta in homage to his wife, who unfortunately died after only 4 years of marriage.

Characterised by an exquisite neoclassical style (due to the restorations that took place over time), culminating in the scenic monumental staircase, the villa houses works by artists such as Canova, Tiepolo and Hayez, as well as fine period furnishings.

Its garden, with more than 150 different varieties of azaleas, offers a unique spectacle during the flowering period. => BUY TICKETS

3) Villa Monastero: erected on the ruins of a convent 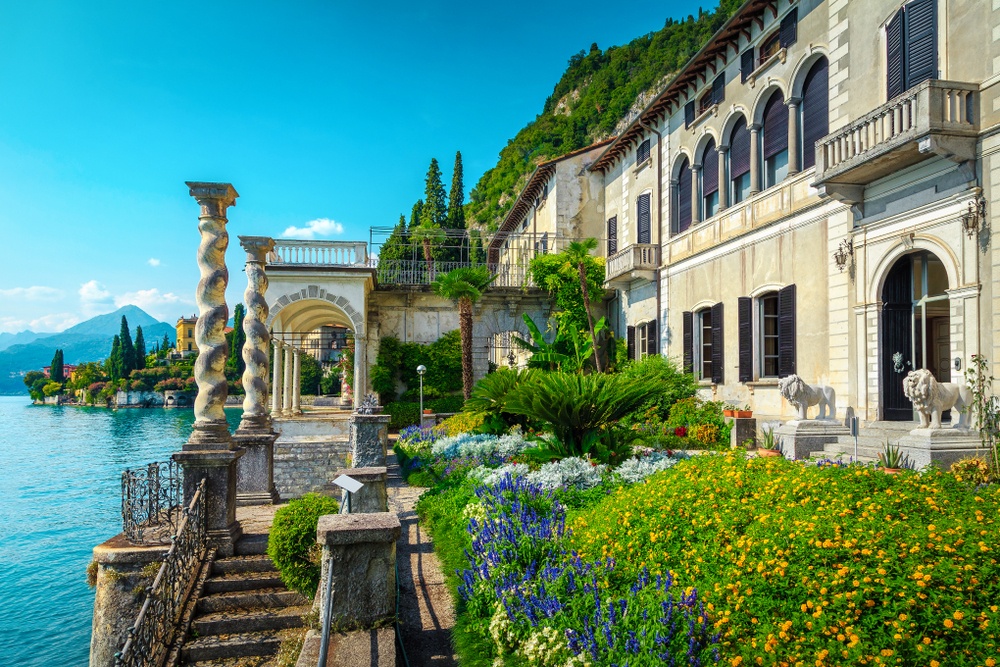 Located in Varenna, on the western shore of Lake Como, Villa Monastero owes its name to the fact that a female convent stood here in the 11th century. The building, built in the nineteenth century, rises almost to the water level of the lake, which becomes an integral part of the construction, giving it unique views.

In 1550, after the closure of the original convent, the villa was purchased by the Mornico family, who remained in possession of it for more than 3 centuries, during which time it underwent various architectural interventions.

In 1939, the complex became public property, and it is today a museum, one of the most visited exhibition spaces in the area, with 14 rooms open to the public and a conference room where meetings and seminars are held (Enrico Fermi held his lessons in this historic building).

The residence is also surrounded  by a botanical garden with an area of 2 square kilometers, where rare plants of hundreds of different species grow. => BUY TICKETS

4) Villa Olmo: a tribute to a centuries-old tree 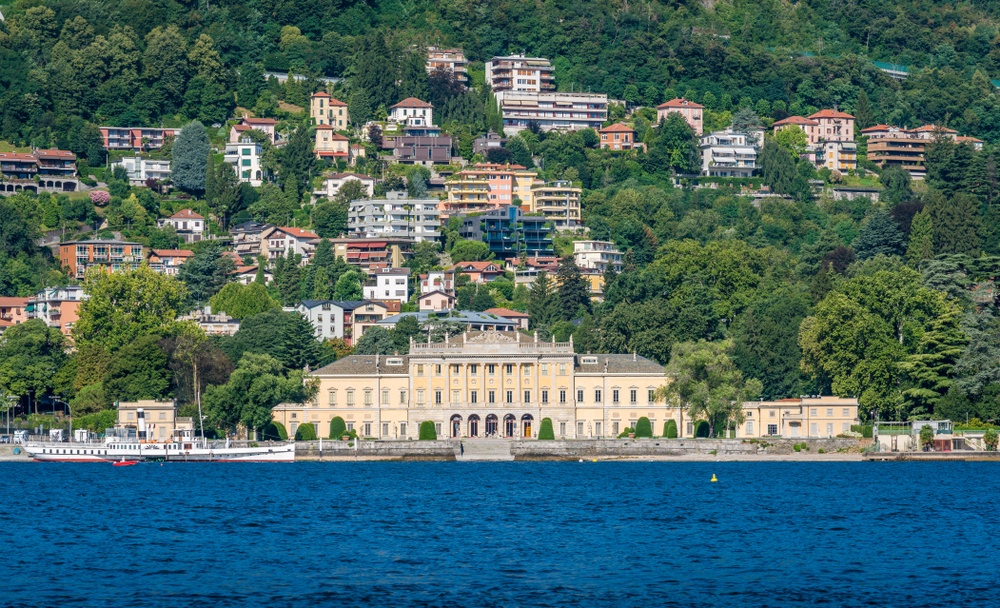 Villa Olmo, one of the most impressive buildings overlooking Lake Como, owes its name to the famous centuries-old tree that could once be admired in its park.

The villa, in perfect neoclassical style, was built at the end of the 18th century at the behest of Innocenzo Odescalchi, and over the centuries hosted famous figures such as Napoleon Bonaparte, Ugo Foscolo, the Emperor of Austria Ferdinand I, and Giuseppe Garibaldi.

After Odescalchi’s death, the building passed first to the Raimondi Marquis and then to the Visconti di Modrone Dukes (the last private owners of the villa), who subjected the building to numerous architectural changes, giving it its current appearance.

The park of Villa Olmo, with its typical English style, is the main public park of Como: it is dotted with monumental plants such as horse chestnuts, cedars of Lebanon and giant redwoods, and is embellished by a fine temple in neoclassical style. => CHECK THE VISITING HOURS

5) Villa Melzi d’Eril: the home of a vice-president 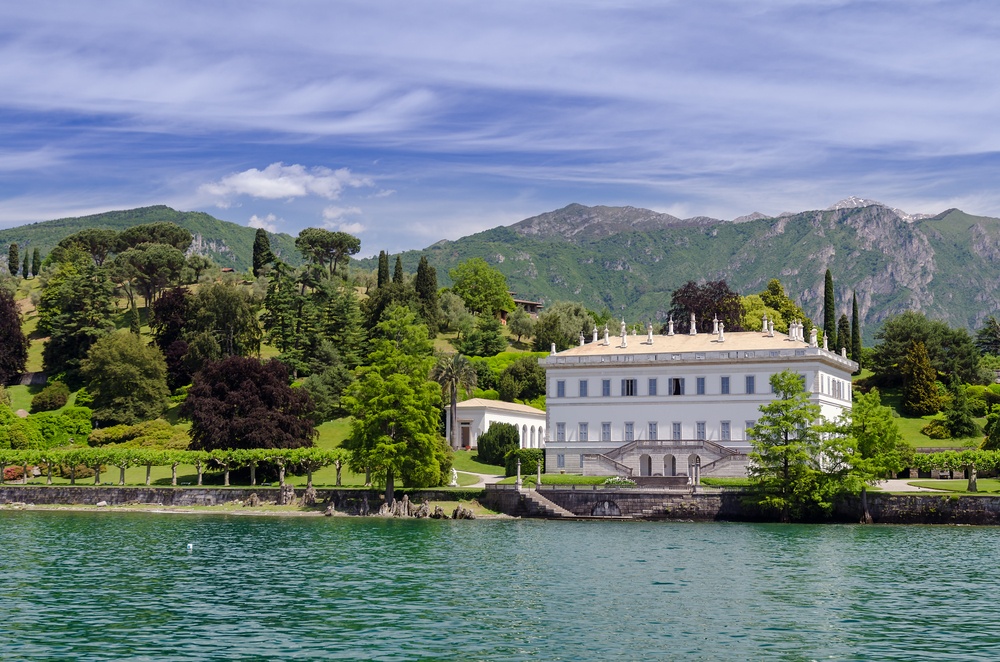 Considered one of the best examples of neoclassical style in Italy, austere and imposing, it was commissioned at the beginning of the 19th century by the Vice President of the Republic Francesco Melzi d’Eril.

Located in the southern part of Bellagio, Villa Melzi stands out in the surrounding landscape for the whiteness of its facade, its monumental staircase and the large panoramic terrace with lion statues that offers a unique view of the lake.

The interior of the villa houses works of art of great value (some decorations are attributed to Canova), including a finely frescoed ballroom.

The pride of the villa is the garden, where you can admire rare plants, centuries-old trees, giant rhododendrons, azalea forests and camellia hedges. Inside there is the family chapel and the greenhouse (first orange grove and now museum), a series of original Egyptian statues, and even a gondola, brought here by Napoleon Bonaparte himself. => BUY TICKETS

These are just 5 suggestions: the places to visit and the activities you can do on Lake Como are practically infinite, as infinite is its beauty…

Hotel de la Ville is fortunate to be located in front of the Royal Villa of Monza, of which it enjoys an enviable view, and less than 1 hour by car from Lake Como (easily accessible by train).

Do not hesitate to contact us for more information: the staff of Hotel de la Ville will be happy to meet all your needs!